Hometown Healthcare, Where You Can Make a Difference.

The Preferred family of 16 Critical Access Hospitals and Rural Health Clinics contracts with or employs 30 physicians and mid-level providers.

Our physicians are committed to the communities they serve and like to deliver medicine the way they were trained to practice: to take care of the whole family from newborns to seniors in the clinic, hospital and emergency room.

At Preferred, we create an environment where hospital and clinic administration work in partnership with physicians to address the healthcare needs of our patients and communities.

Almost all of our physician employment agreements are through a Texas 501(a) corporation with a board comprised of physicians who provide oversight to peer review, credentialing, and quality of care initiatives.

Base and incentive programs that reward productivity.

Competitive insurance plans for now and savings plans for when you retire.

Stay up to date on education with built-in allowance of time and expenses.

Typical staffing of 1 or 2 Advance Practice Providers per physician

Many locations have newly renovated hospitals and clinics.

Great places to grow a practice and a family.

Our communities are primarily located in West Texas and range in size from 2,500 to 11,000 residents. While each location is distinctly different, at the center of each is a warm and welcoming community that both appreciates and supports the healthcare services provided.  Become a part of the community and see your efforts to improve the health of your new home town every day.

Settings range from Hill Country to the High Mountain Desert to the Texas Panhandle, with opportunities for land ownership and numerous hunting and recreational activities. 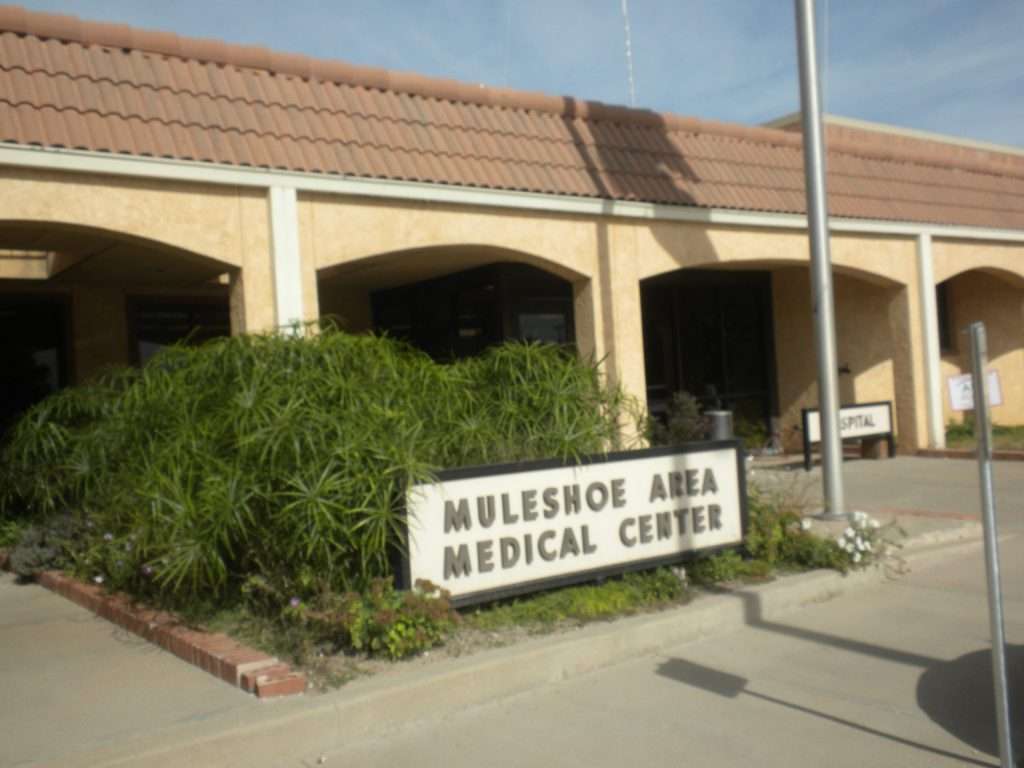 Muleshoe began in 1926 and now has a population of 5,158. There are over 250 flourishing businesses located in the city. Muleshoe is governed by a city council and managed by a city manager who effectuates its policies. It has numerous restaurants, a 5100′ runway at its local airpark, and a mature scenic and challenging 18-hole golf course with Bentgrass greens and Bermuda grass fairways, all with a country club.

The ISD has a long history of excellence in academic and extra-curricular activities. The ISD is a public school district serving 1,417 students in grades PK and K-12 with a 12 to 1 student-teacher ratio. It is easy to know fellow students and teachers concerned about their students and the curriculum they teach.

MAMC is a Critical Access Hospital (CAH) with 25 total staffed beds. It has operated in Bailey County and the South Plains Region for over 70 years. MAMC is the county’s second-largest employer with 95 people. Its total annual patient revenue is $15,699,949 with $703,863 net income. MAMC discharges 162 patients per year, with an aggregate total patient day of 1,416. MAMC is a Level IV trauma center, with both swing and SNF beds. MAMC provides TeleDoc services, Imaging (X-Ray, CT Scanning, Bone Density, Ultrasound, and MRI). MAMC’s medical departments are laboratory, physical therapy, and respiratory therapy. Approximately 253 patients are seen in the ER each month, with monthly admissions averaging 30 patients. The Bailey County Ambulance Service transports 840 patients annually to MAMC, with 273 patients transferred to major medical facilities, of which seven require airlifting monthly.

Bunge-Minsa is an international company supplying raw and processed agricultural commodities and specialized food ingredients to a wide range of customers in the animal feed, food processor, foodservice, and bakery industries. Bunge-Minsa began operating 24 years ago and employs 75 people in Muleshoe.

The median resident age is 33 years. The median household income is $47,703 (2018), and the median house value is $68,500. Muleshoe is a half a day’s drive to world-class snow skiing with minimal lift lines, lodges, restaurants, and fresh powder with something for everyone. The trout fishing is world-famous below the Navajo Dam. With a half day’s drive, you can experience professional baseball, football, hockey, soccer, and basketball, not to mention some of the US’s best shopping and restaurants. 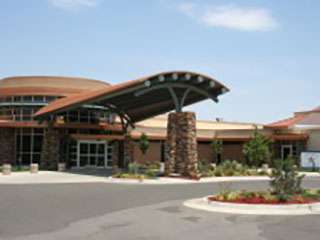 Friona has a couple of notable nicknames, “The Biggest Small Town in Texas,” and the State Legislature named it the “Cheeseburger Capital of Texas.” Friona has a population of 4,123 people. You’ll find smart, hard-working people and an energetic workforce that understands the obligations of employment. The town has 15 restaurants providing a wide variety of menu items.  The same pioneering spirit that settled this area still abounds in the thousands of area residents that look out for each other. The community comprises 28.2% white, 0.9% Black, 69.9% Hispanic, and a .3% Native American. Friona is not just a town; it’s a home and a safe harbor from today’s spiraling crime rates and violence. The median age in Friona is 32.5 years. The average household income is $61,536, and the median house value is $68,500.

Friona’s administrative officer is the City Manager who directs the organization toward completing its primary objectives established by the City Council. One of Friona’s popular events is the Cheeseburger Festival. The Festival is held every third Saturday in July with many teams competing for a grand prize. Areavibes.com rate Friona as having A+ attributes in cost of living and low crime rate. According to Areavibes, Friona’s overall livability rating is 81.

In Parmer County, Friona lies in Texas’s panhandle, with more than 40 cattle feeding operations within a 50-mile radius. Friona ranks first in the state for milk production, with 16 dairies in its immediate area. Friona has two cheese plants within 100 miles. Both facilities have a combined output of approximately one million pounds of cheese daily.

Farming is a cornerstone of the local economy. There are 3-grain elevators and one cotton gin nearby. Significant products grown include wheat, grain sorghum, corn, and cotton.

Friona is one hour from Amarillo, one and one-half hours from Lubbock, and 40 minutes from Clovis, NM.

Friona is half a day’s drive to world-class snow skiing with minimal lift lines, lodges, restaurants, and fresh powder with something for everyone. The trout fishing is world-famous below the Navajo Dam. With a half day’s drive, you can experience professional baseball, football, hockey, soccer, and basketball, not to mention some of the US’s best shopping and restaurants. 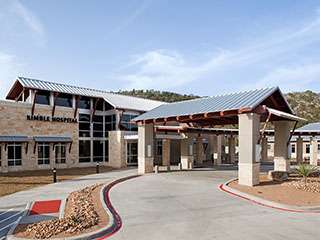 Junction Texas is located in the Texas Hill Country and is the county seat of Kimble County. The location of the Junction area is on the western edge of the beautiful Texas Hill Country. The surrounding area is an increasingly popular get-away for residents from large cities. With its easy access, reasonable cost of living, beautiful rural scenery, and abundance of wildlife, Junction has become a place where many individuals take their vacations or maintain second homes. The hunting in the Junction area is excellent, and deer hunters are significant contributors to the area’s economy. Fishing is also excellent. Bird watching and eco-tourism are becoming increasingly popular.

The majority of the area’s employees work in retail, public administration, and precision products. The labor force is around 2,400. Employers range from wood products and cedarwood oil to metal building manufactures to advertising specialty companies.

Junction is home to several parks, including the 2,600-acre South Llano River State Park. There are also eight swimming pools, golf and tennis courts, and abundant hotel/motel options due mainly to its location along the heavily traveled Interstate 10 corridor. The Fort McKavett State Historic Site is near Junction. 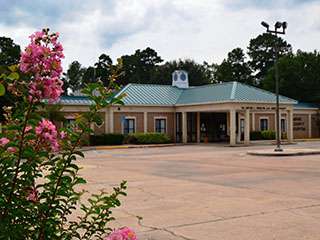 Whether you are looking for a place to stay off the beaten path for a vacation or for a lifetime, you will find Hemphill, Texas, one of the most welcoming and relaxing communities in the state.  As mayor of the City of Hemphill, I would like to invite you to visit our city tucked away in the scenic Pineywoods of East Texas.  Hemphill, founded in 1858, is the seat of Sabine County, a vast timber area, which is rich in Texas history. The City of Hemphill was incorporated in December of 1939.

Today, Hemphill is a commercial center for lumber and a major gateway to the immense Toledo Bend Reservoir; therefore, it is a mecca for fishing, hunting, and water related activities.   The Bassmaster Elite Series designated Toledo Bend Reservoir on the Louisiana-Texas border as a renowned fishery, and B.A.S.S/Bassmaster Magazine announced that the lake has earned the top spot on Bassmaster’s 100 Best Bass Lakes list for 2015 and 2016, In 2019, B.A.S.S/Bassmaster Magazine listed the lake as the number four lake in the Central United States; therefore, it attracts amateur and professional fisherman from around the globe.  A gallows, more than 80 years old, is still in place in the four-cell county jail museum, and our city is home to the Patricia Huffman Smith “Remembering Columbia” NASA Museum.  Our city and county are rich in Texas history.

The City of Hemphill has a current population of 1239 and is a General Law Type A municipality, which elects a mayor and five alderman at-large; in addition, the City operates under the City Manager form of government in which the council passes legislation and policy and the City Manager implements the laws and policy.  The population of Sabine County is approximately 10,600.  The City Manager is responsible for the day-to-day operations of the City.  At the City of Hemphill, we are working to enhance the quality of life, to improve city services, and to provide transparent and accountable governance.  Hemphill is located close to the border between Texas and Louisiana; therefore, we are close to the larger cities of Nacogdoches, Lufkin, Center, Beaumont, and Shreveport, Louisiana. Hemphill is surrounded by the Sabine National Forest and Toledo Bend Reservoir.

The City of Hemphill owns its municipal utilities which are electric, water, natural gas, and sewer, and, as such, the city obtains revenue from these utilities as well as from general sales and use tax; therefore, the City does not currently assess a property tax.  The City provides assistance to the JR Huffman Public Library, East Sabine Senior Services, Hemphill Housing Authority, the Hemphill Dixie League, Patricia Huffman Smith “Remembering Columbia” NASA Museum, our local Salvation Army, and the Hemphill Volunteer Fire Department; in addition, the City provides four full-time police officers for police protection within the city limits.  The City also provides garbage, animal control, parks, and solid waste disposal services.  The City also prides itself in working with our state and other local governments as well as community organizations to make a better community for everyone.  The City also has affordable housing and is also home to Hemphill I.S.D and Sabine County Hospital.  The City has two health, rehabilitation, and nursing home facilities within minutes of the city center.  City officials in conjunction with other county officials are currently pursuing economic development strategies and opportunities to further develop our city and county, which we expect to come to fruition within the next few years.  The City also has affordable and reliable internet service in the City and throughout the County, but City and County officials are working with Deep East Texas Council of Governments to bring more internet options to our city and county.  In addition, City and County officials are working with local officials to designate our downtown district a historical area and to work on downtown revitalization.

At the City of Hemphill and in Sabine County, we take pride in the fact that our citizens are both friendly, helpful, and altruistic; for example, during the Space Shuttle Columbia disaster, our citizens banded together to provide help and assistance to recovery workers and to help in the recovery.  The City of Hemphill is definitely a unique community, but we also feel that our community is one of the most friendly, peaceful, and welcoming places in the state and nation that you can choose to visit or to live.  Bring your family and friends for a day or for a lifetime.

For more information about how to become a member of the Preferred family.